Donate Now
Home>News>Dialogue on Women, Peace, and Security in Palestine 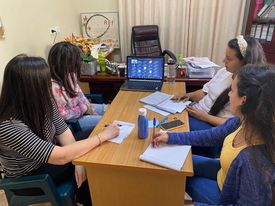 The Arab Educational Institute, represented by its Director, Ms. Rania Murra (who was unable to be present in Gaza City because she did not have a permit), participated via Zoom with some other colleagues in a high-level dialogue on ‘Women, Peace, and Security in Palestine’.

The event was organized by both the United Nations for Women and the General Union of the Palestinian Women on the occasion of the 21st anniversary of the UN Security Council Resolution (1325).