Donate Now
Home>News>Synod at the AEI 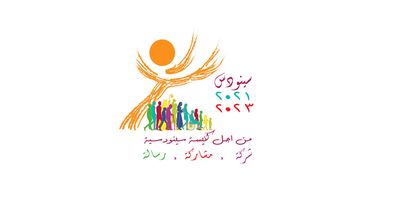 AEI- member of the International Catholic Peace Movement/ Pax Christi – faith and youth groups met on Saturday 2 of April 2022 at the Sumud Story House. The meeting was about the upcoming Synod of the Catholic Church, which will be held in Vatican City in 2023.

There is questionnaire which was circulated to the dioceses of the Holy Land with the aim of collecting believers’ suggestions and opinions on various issues. At the beginning of the gathering, Mrs. Rania Murra, AEI director, read the story of the two disciples of Emmaus from the Bible (Luke 24:13-35), and then a discussion took place about it.

The term Synod and its meanings, which means (walking together), were discussed during the encounter. Mr. Fuad Giacaman – AEI Co – president talked about the objectives and stages of preparations for the Synod.

Also, it was agreed to hold another meeting in order to fill in the questionnaire published by the Latin Patriarchate of Jerusalem. Also, there will be a virtual meeting about Synod between Pax Christi Movement and the Arab Educational Institute.