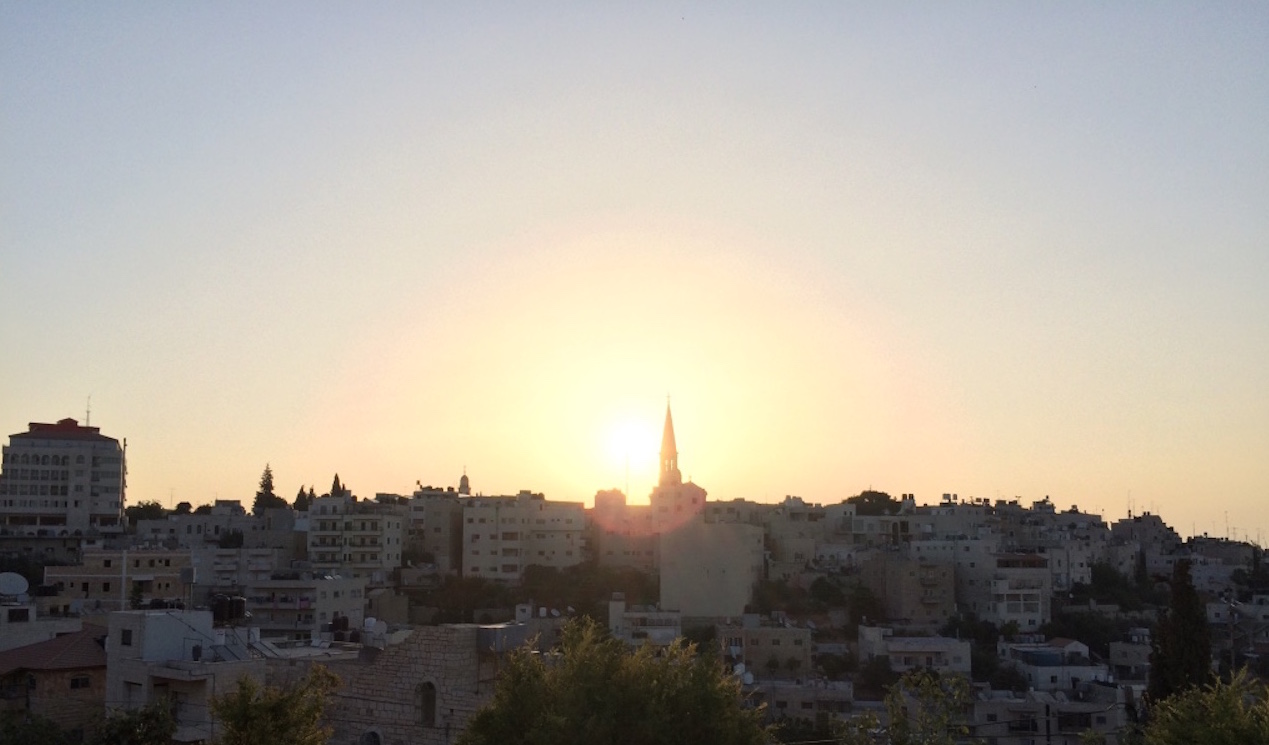 On education in Bethlehem and Palestine during corona time

It is sad to see life in Bethlehem has come to a standstill, for many months now.

As one commentator said: “Bethlehem is having the loneliest Christmas in the world.”

Bethlehem is part of the occupied West Bank. The economic situation in this region is dramatic, with an unemployment rate in the year preceding the pandemic already up to 26%, and now much higher. Everywhere, but certainly in cities, tensions emerge as a result of the deep economic impact of the lockdowns. The virus situation In Gaza is practically out of control, with hundreds of daily cases, almost half of the tests positive, and hospitals overflowing. It is yet uncertain when vaccines in sufficient quantities will arrive next year.

Bethlehem is of course heavily impacted by the absence of tourists, a shortfall expected to last for at least another year.

The 1,35 million Palestinian school students in the West Bank and Gaza have been hit hard. During the first six months from March on, there has been an effective closure of all schools – government, United Nations and private. During that first surge, a range of new ambitious projects started with limited funds exploring the possibilities and needs for e-learning, such as the establishment of an e-portal for all schools, training sessions for teachers how to apply online learning, the start of an educational TV channel, and social media projects. The ability to organize the tawjihi [matriculation] exams for the 12th graders in May was felt by all involved to be not a small victory.

The new school year started a month later than planned, deep in September, with new upsurges of cases complicating the opening of schools. As in most parts of the world, education started in a hybrid way, with the younger cohorts coming physically to school while other classes combined school days with online learning days.

As one can imagine, the educational challenge has been mounting.

First: The difficulties of combining offline and online learning. Like elsewhere in the world, a great deal of improvisation is needed to cope with an unpredictable situation. The problem of social distancing in classes is aggravated by the lack of physical space and rooms. Classes with often over 30 students are sometimes shrunk to half so that they become split up. Especially frustrating for the flow of education is the closure of whole schools or sections after finding just one virus case among the student or teacher population. Then there are the lockdowns imposed by the Palestinian Authority, such as during the Christmas period. An unpredictable pattern of schools closing and re-opening and closing again creates an impossible situation for teachers, students, parents, and officials of the Ministry of Education alike.

A second challenge is on-line learning itself. Like in the developing world in general, many students have none or limited access to computer or Internet. Internet networks are weak and power cut-offs rampant, children in large families have to share one computer, not all families are able to pay for smart phones. Some students and families are more able to deal with the technical intricacies of e-communication than others. Teachers struggle with insufficient strong online materials. Online learning requires independent study skills among students, doing small researches on the Internet or possibly in and out of home. However, the Palestinian education system – still much under the influence of rote learning habits – is not well-prepared to guide independent study and research skills among students, even though such skills are endorsed and advocated on the official level.

So it is no surprise that teachers cannot do much about the widening educational gap among their students. One research among student families in East-Jerusalem shows that teachers are unable to trace down 12 % of their students who apparently are dropping out of the educational system. Another 15% irregularly participate in on-line learning sessions. Teachers notice increasing mental health issues among students. One teacher: “The teachers are facing problems, some of the students sleep on zoom, or they close the camera. Some start singing … it is very difficult.” They sometimes do not laugh anymore, find difficulties to concentrate, are affected by for instance domestic violence or unemployment at home or overcrowded conditions, and may have unattended disabilities.

Elephant in the room

The third challenge is a financial issue – a kind of elephant in the room, not much talked about but always present. Due to the financial crisis of the Palestinian Authority and Israel’s refusal to transmit all VAT income from Palestinian workers, teachers have this year not been receiving their full salary, but often just half. This happened in all sections, whether governmental, UN or private schools. Imagine that you as a teacher have to struggle and improvise your education throughout your day (and night) in What’s App groups and by phone, receive half your salary, and perhaps feel next day ‘responsible’ for the spread of the corona virus because you are obliged to meet up people and unfortunately get the virus yourself despite all the care you take.

Fourth: in Palestine the political situation is never far away. While the cases of normalization between Israel and a number of Arab countries do not have a direct impact on daily life of Palestinians except for creating a general sense of abandonment, they actually do embolden the Israeli right and the settler movement who increasingly make further steps to take over lands such as during the many violent incidents in the recent olive harvest season. Palestinian education is of course not unaffected by the resulting pressures on the local communities, especially in areas ‘C’, fully controlled by the Israeli army and in many cases by Israeli settlements and their “outposts.” Given this context too, it is not easy to maintain morale at schools and in the families.

With its modest means, AEI has attempted to foster the morale or sumud among teachers, head masters, students and families by a range of initiatives in the context of its ongoing projects. Thus, in various educational projects, AEI and its network of teachers have encouraged students to take ‘gestures of charity and solidarity’ initiatives out of the school into the community to morally support families and individuals affected by the virus. A ‘Day of Respect’ was held in September with participation of 16 schools in the Bethlehem area in order to propagate good inter-religious community relations and strengthen the bond with the land. Schools in the Dura (southern West Bank), Hebron and Bethlehem regions conducted online advocacy to plea for services and rights, especially in the field of health.

Underlying our work, we feel that the sands are shifting in education and the society at large. Questions of civic, national and religious identity come up all the time. Many Palestinians feel that the “post-COVID” community and its values will be or should be different from that before, which implies another educational challenge.

Meanwhile, the Ministry of Education, emphasizing that it does not tolerate foreign influence into its curriculum, recently stressed that it is open to criticisms of teachers and families and encouraged AEI to here play its role, such as in the fields of civics and (inter-)religious education.

We – AEI staff, our large teacher network – try to live up to these task and challenges, with your support!